An Insider’s Guide To Abruzzo Italy’s Most Popular Landmarks

Abruzzo is a region rich in historic hilltop towns, romantic castles, monasteries, and stunning scenery. Any visitor is spoiled for choice when they must decide where to visit.

This is a brief guide to some of the most popular landmarks. However, you will find many other beautiful attractions in the four provinces of Abruzzo. It’s no surprise so many visitors fall in love with this fascinating region of Southern Italy. 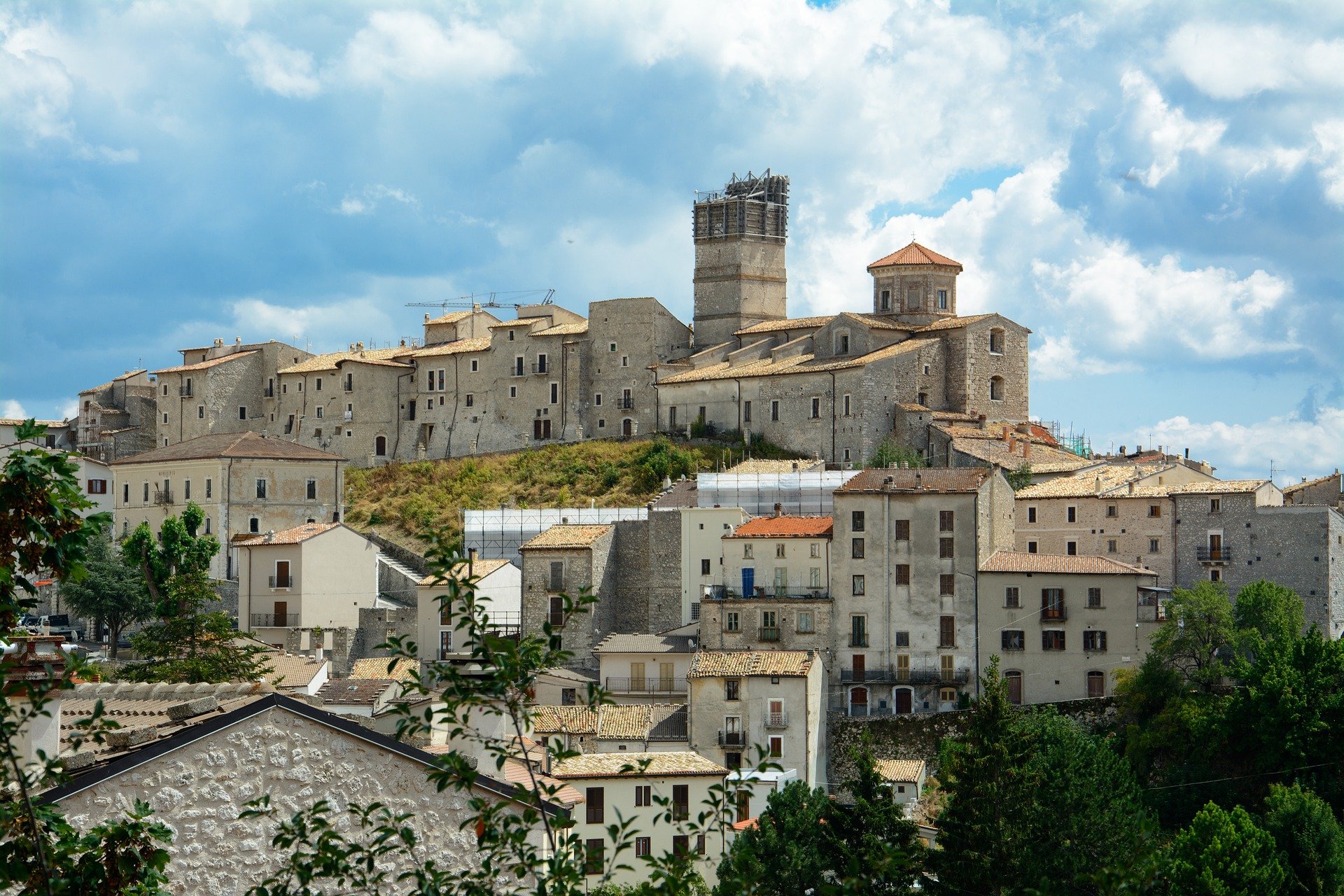 Gran Sasso mountain is found in Gran Sasso and Monti della Laga National Park. This is an area of beautiful alpine scenery crossed by 190 miles of trails used for mountain biking, horseback riding, and hiking. The national park is also popular with visitors who enjoy cross-country skiing and Alpine skiing in winter and bird watching all year round.

This park is one of the largest nature preserves in Europe and extremely biologically diverse. It boasts many unique features. The Calderone is Europe’s most southerly glacier and flows from Corno Grande, which is the highest peak in the Apennine Mountains. And Lake Campotosto is a popular stopping point for thousands of migratory birds.

Around the park, you’ll find brown bears, wolves, wildcats, wild boars, roe deer, and foxes. Birds to watch out for include the white-backed woodpecker, the goshawk, the golden eagle, and the peregrine falcon. 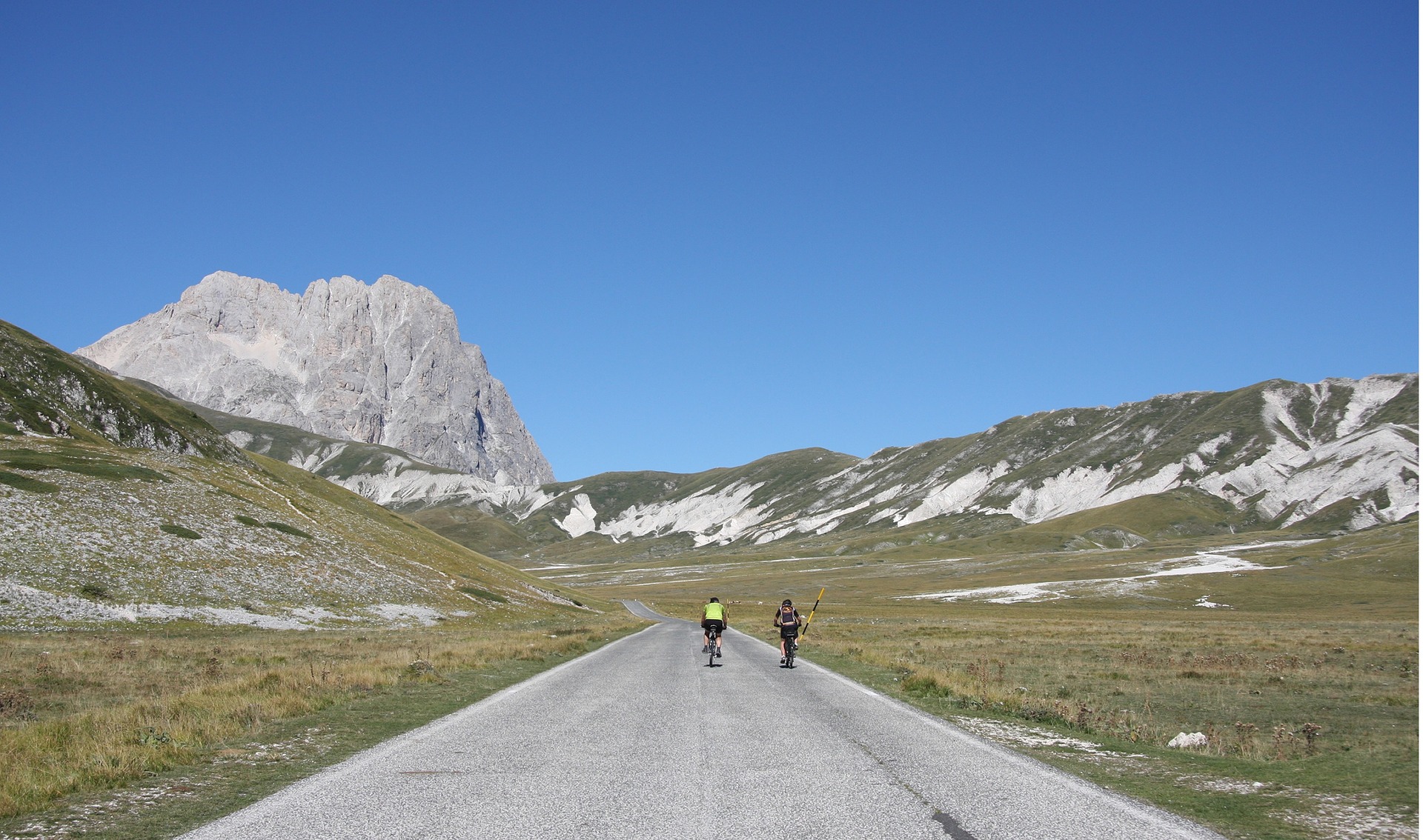 Within the Gran Sasso and Monti della Laga National Park, you’ll also find Rocca Calascio. This picturesque fortress high in the Apennine Mountains boasts a history stretching back to the 10th century. The main structure dates to the 13th century.

Although the structure looks beautiful and has featured in three major Hollywood films, it was never designed to house the nobility. Its function was entirely military, and it housed a garrison. 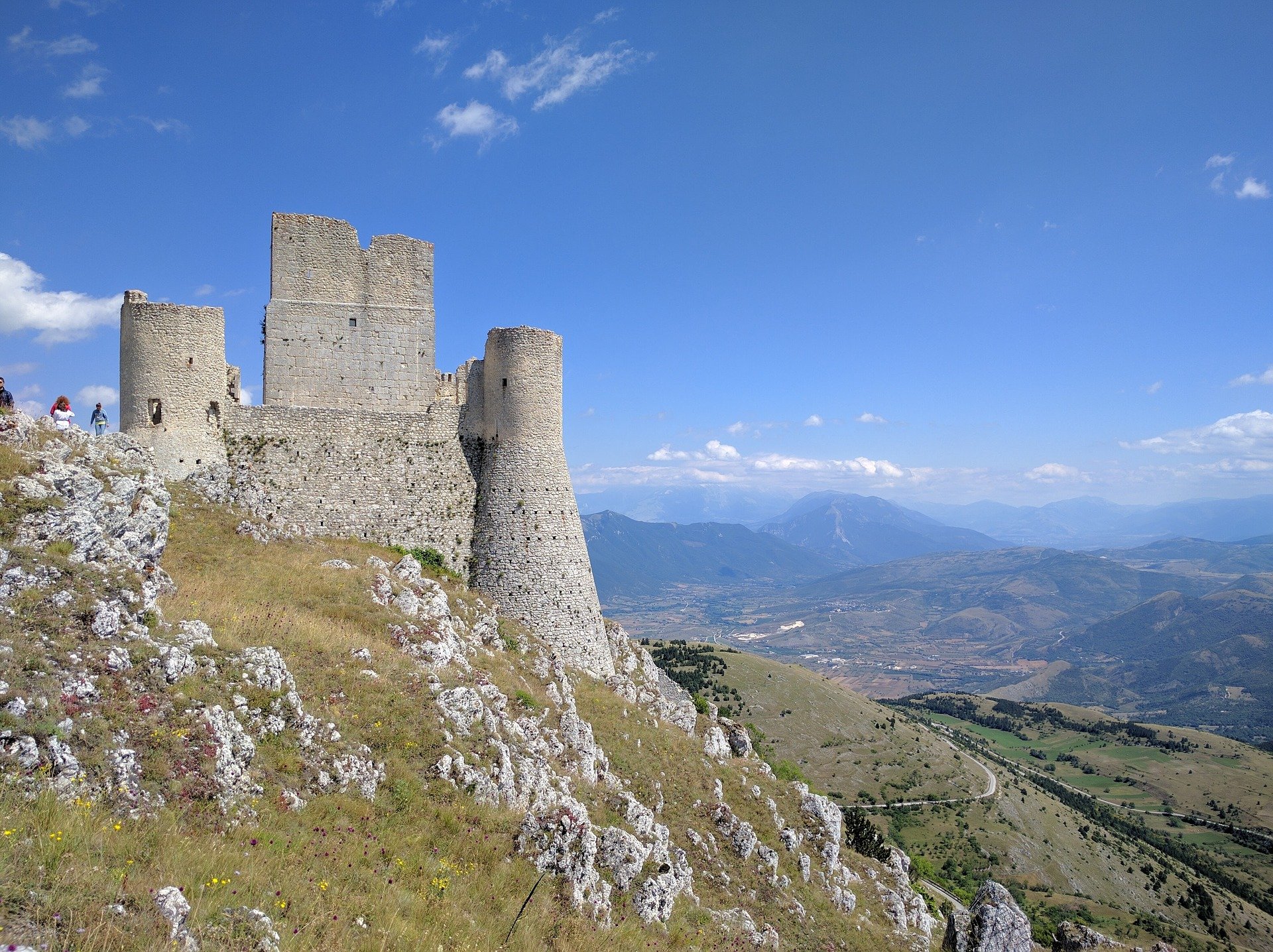 #3. The Hermitage of San Bartolemeo in Legio

This is an amazing mountainside hermitage found in the Majella National Park. It’s a 45-minute hike from the town of Roccamorice, which ends with a vertical, 26-step carved staircase called the Scala Santa (Holy Staircase).

The hermitage boasts a history stretching back to the 11th century. Above the front door of the shrine are two colorful 13th-century frescoes and inside is a 15th-century altar and 17th-century wooden statue of Saint Bartholomew.

If you enjoy visiting this kind of remote and hidden holy shrine, you’ll be pleased to learn the park boasts 20 religious sites, many of them hermitages.

The Majella National Park also features family-friendly hikes through wetlands, besides lakes, and along mountain slopes suitable for taking along your kids. So, the whole family can enjoy hiking through stunning Alpine scenery.

The most visited of Abruzzo’s many hilltop towns is Civitella del Tronto. Like Rocca Calascio, you’ll find it inside the Gran Sasso and Monti della Laga National Park. The town is most notable for housing the largest fortress in Italy, which is also the second-largest in Europe.

The fortress provides stunning panoramic views across three mountain ranges and the town below. The town features a street believed to be the smallest in Italy. Civitella fortress played a key part in the 19th-century unification of Italy. 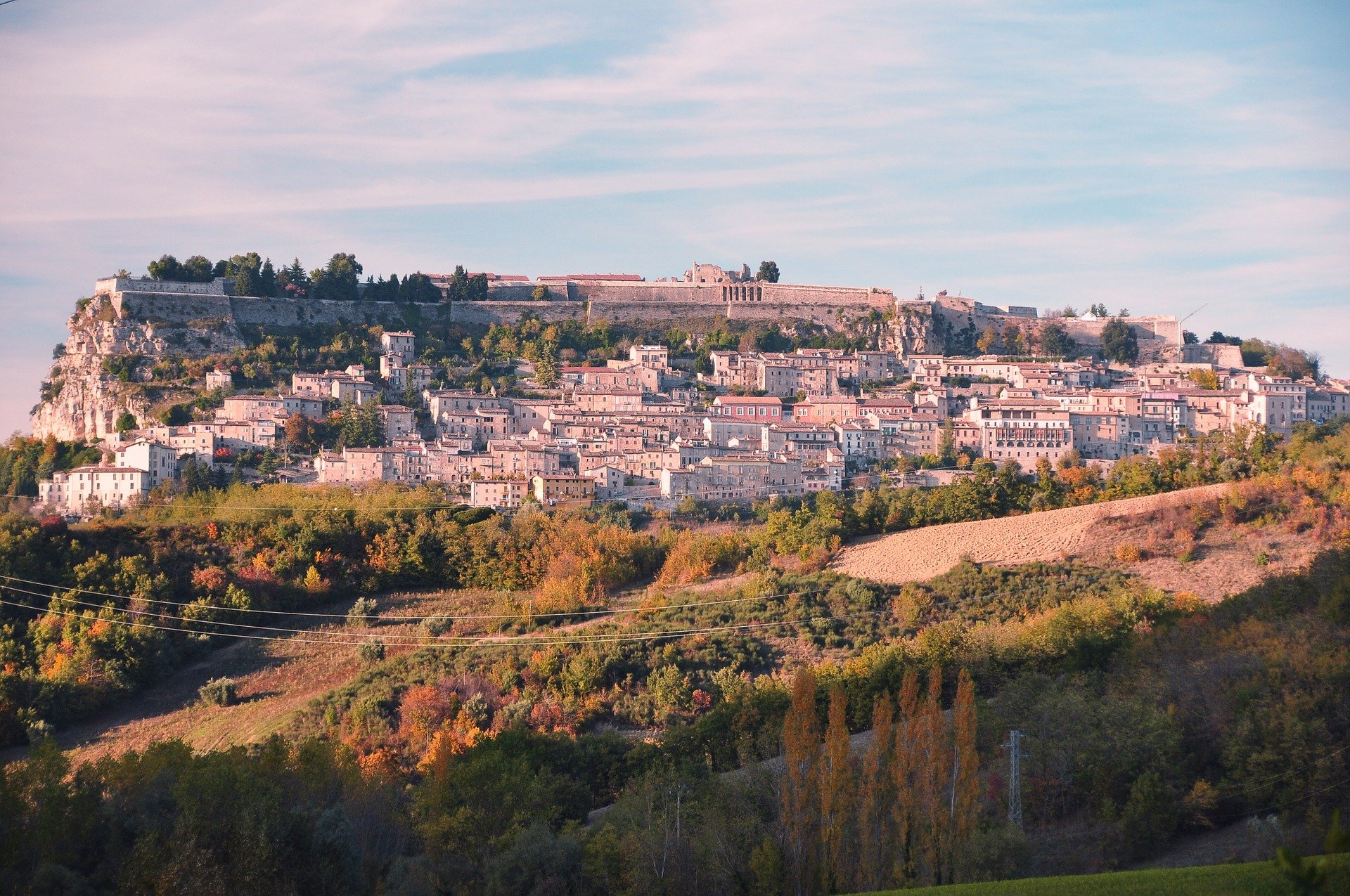 #5. The Abbey of San Giovanni in Venere

This gothic, hilltop abbey boasts a pre-Christian origin as a temple of Venus (hence the “in Venere” in its name). The temple was transformed into a church in the 6th century, and the existing structures date to the 13th century. The abbey’s position provides an amazing view over the Adriatic Sea.

#6. The Sanctuary of St. Gabriel of Our Lady of Sorrows

This humble and relatively modern sanctuary sees over two million pilgrims every year and is one of the fifteen most visited sanctuaries in the world. The newest building, built in 1970, contains the tomb of St. Gabriel. It was built to replace the older 1908 church because the original church was too small for the number of pilgrims.

The same site houses the much older monastery where St. Gabriel died in 1862. The monastery is now the headquarters of the Passionists.

This coastal town is the heart of La Costa del Trabocchi. Since the late 14th century, local fishermen have built unique, giant wooden piers to enable them to reach deep waters for fishing without using a boat. These piers are called trabocchi, hence the Coast of Trabocchi name.

These trabocchi have been maintained by the same families over the centuries. They usually have a fisherman’s hut near the end, and some of these shelters have now been converted into small seafood restaurants. 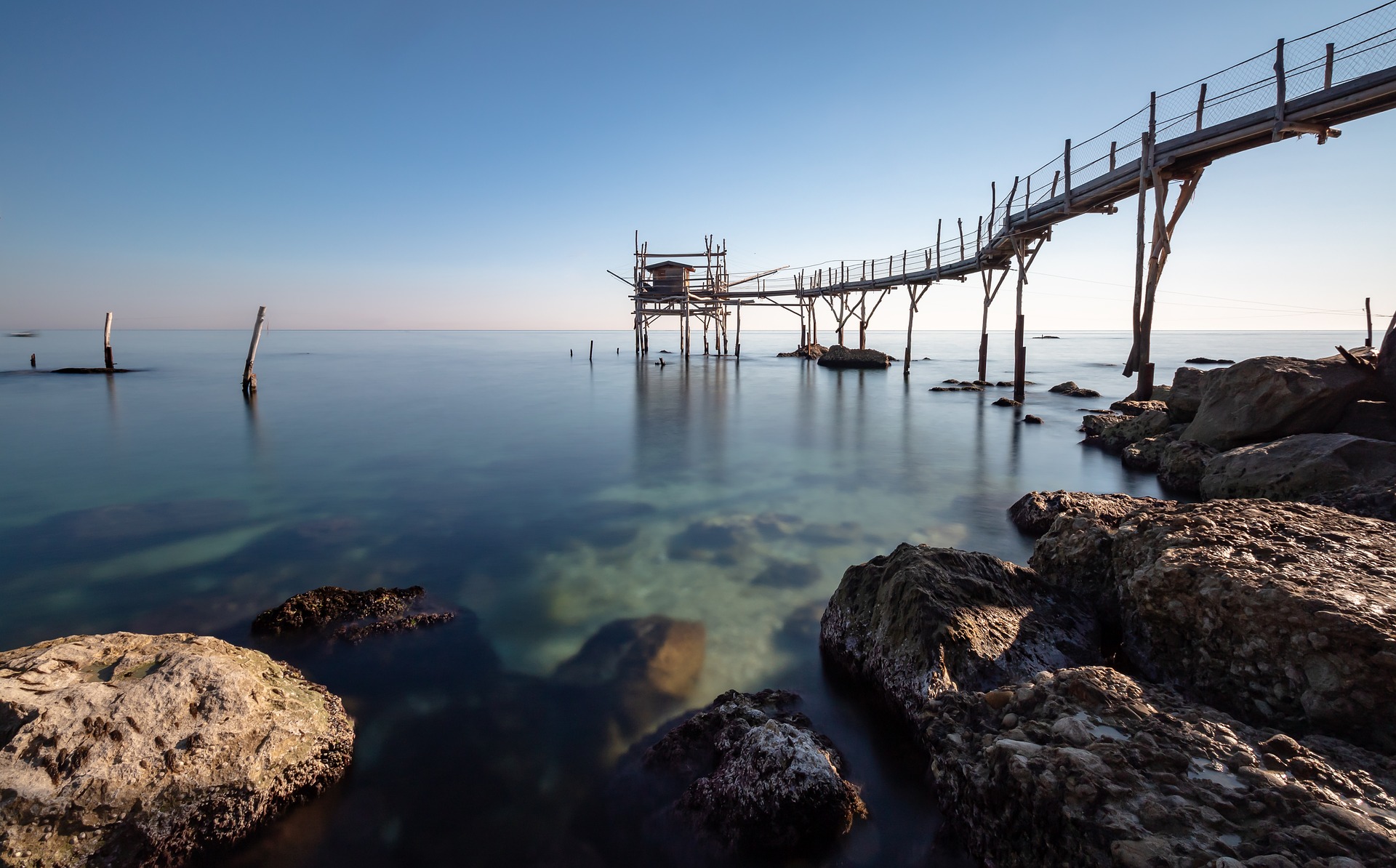 Pescara is the most populous city in Abruzzo and capital of the Pescara District. This city is rich in history and examples of fine architecture. Anybody who loves architecture should grab their camera and walk around these historic streets with their eyes wide open.

In the south of the city, between the Pine Forest Nature Reserve and the beach, you’ll find a stunning area of well-preserved Art Nouveau villas from the early 20th century. The most famous of these elegant structures is the Aurum, built in 1910.

There’s something for everybody

As you can see, there are a broad range of attractions in the Abruzzo region. There’s something for everybody to see or do, making this the perfect vacation destination for the whole family.